Those who work with language know that there is no such thing as a true "synonym." Even though the meanings of two words may be the same — or nearly so — there are three characteristics of words that almost never coincide: frequency, distribution, and connotation. Panther a leo and lion, cucurbit and squash, sodium carbonate and washing soda have quite different frequencies in English. We all know that a house is not a home, that not all women are ladies, that not all men are gentlemen; at a more subtle level, we soon learn the differences between motherly and maternal, fatherly and paternal, brotherly and fraternal. These are connotative differences. It is a curiosity of English that it continuously acquires words from other languages to expand its lexicon. Observers have often noted that even if a new coinage or a loanword from another language starts out with "exactly" the same meaning as an existing word in English, the meanings begin to drift apart before very long, one acquiring quite different frequency, distribution, and connotation from the other. An incredible fact about English is that it retains many of the words developed in its lexicon. Some words do become obsolete and are dropped forever. Most, however, remain and develop nuances that expand for the writer and speaker the opportunities for expression and expressiveness. For these reasons, a synonym dictionary must be used with caution. Even though two words may be quite similar in meaning, the substitution of one for the other may not always be appropriate, and the writer's intent may be ill served by his failure to select the mot juste. The Synonym Finder contains more words than any book of its kind — more than 1,500,000. Sometimes, it will be consulted to find a word that will lend variety to the user's language ; other times it will be consulted to remind the user of the temporarily lost word or expression that was "right on the tip of his tongue." In either case, it should be used with understanding. Every effort has been made to make this book as accurate, as complete, and as easy to use as possible. Inevitably, a user may disagree with the treatment given a particular word. In that case, he is urged to consult a major dictionary where he is likely to find fuller information on the word than The Synonym Finder can be expected to offer. The nature of language and the behavior of words defy precision in the preparation of a work like The Synonym Finder. The editors have often had to make admittedly arbitrary decisions on word inclusion and placement. It is to be hoped, however, that among the many related words offered, the user will find several that suit his subject and his context. 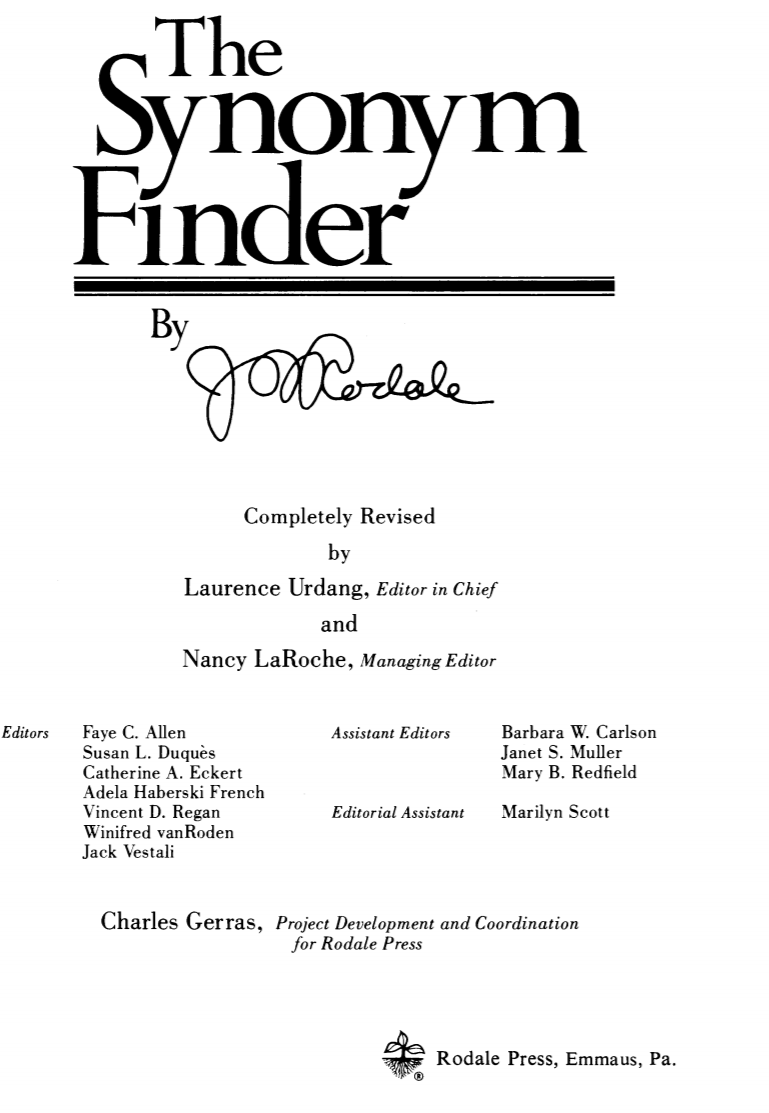 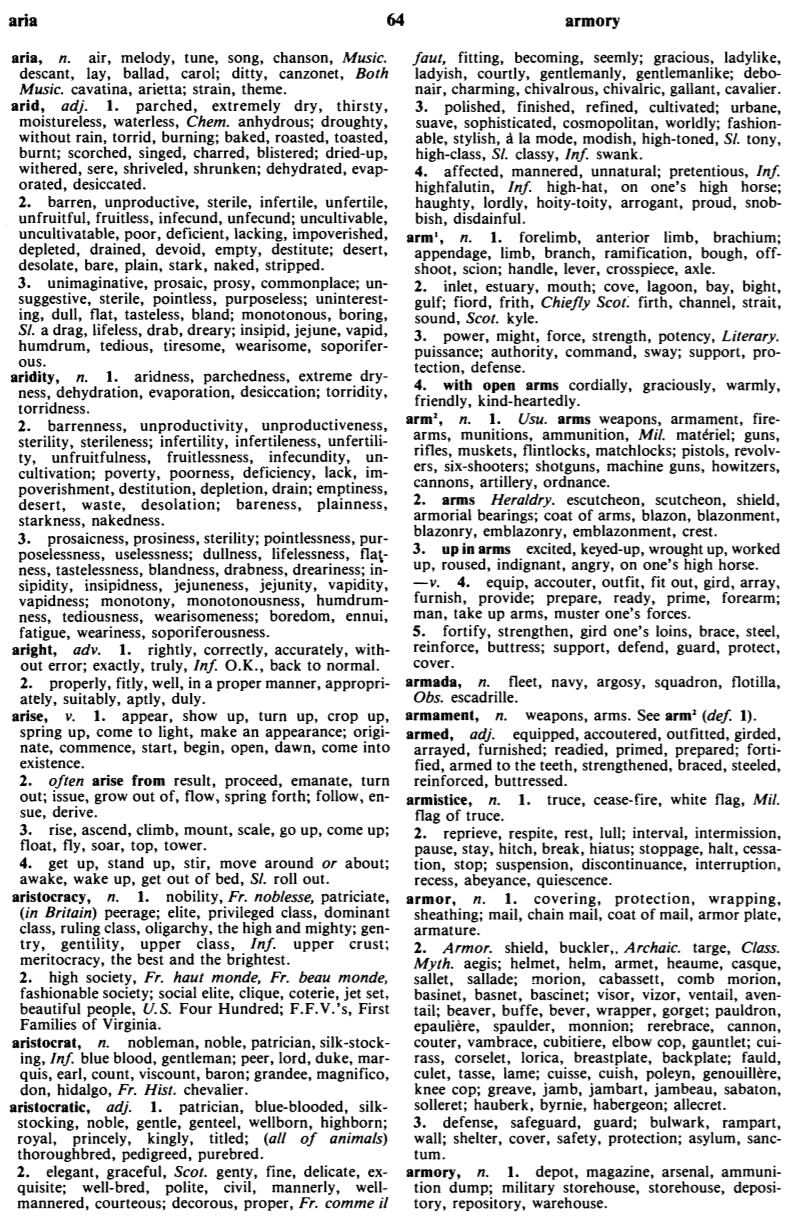 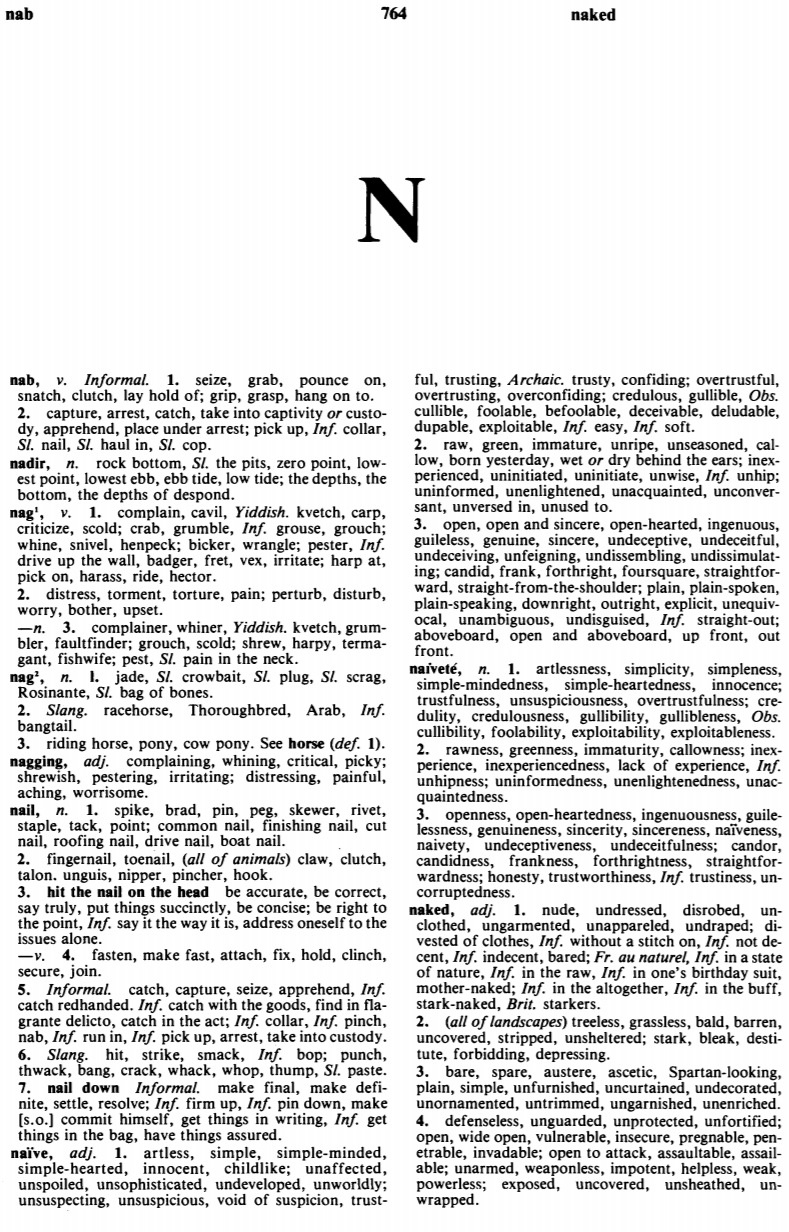 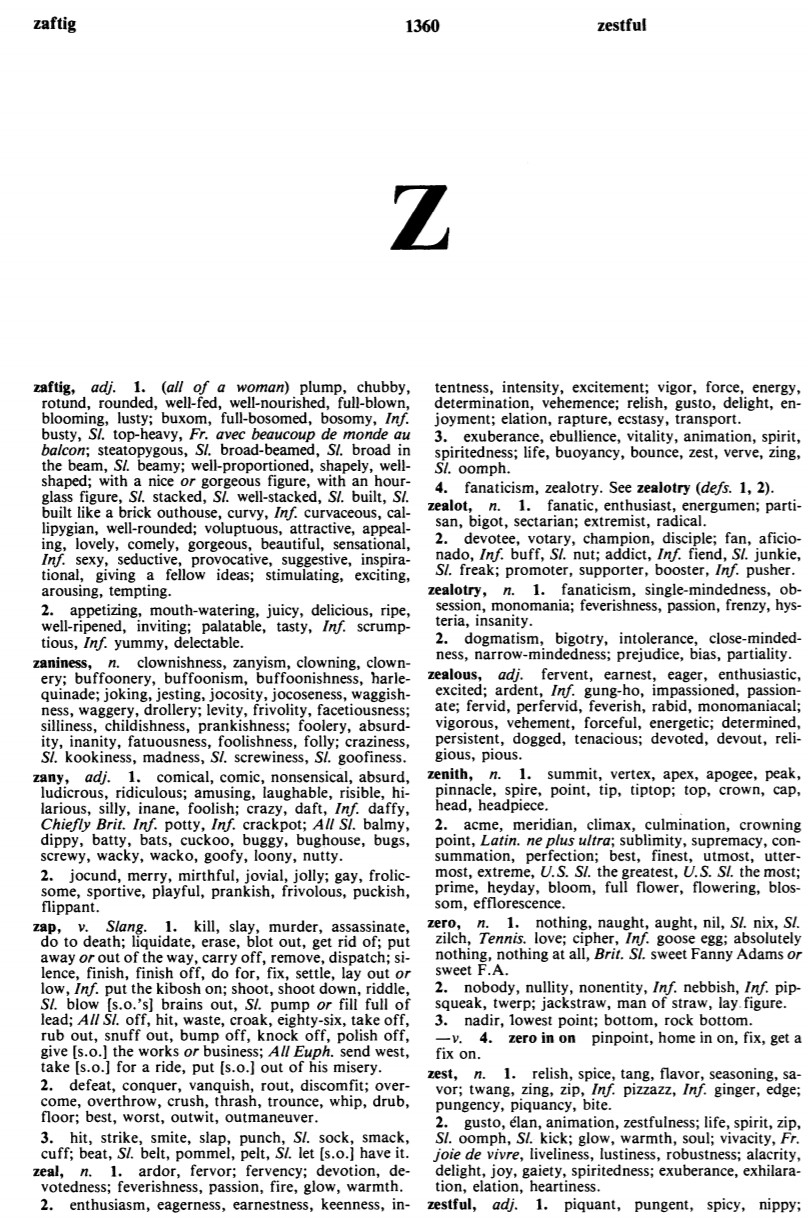